What Causes Mesothelioma? Not Wearing Certified Personal Protective Clothing in the Workplace

Despite the proven links between asbestos and mesothelioma cancer deaths, the deadly material continues to impact everyday people in the workplace. Although upwards of 60 countries banned the use of asbestos, major markets such as Russia, China, and the U.S. only place restrictions on how the cancer-causing agent can be used in mechanical parts and materials.

The Center for Disease Control and Prevention (CDC) indicates that despite widespread industry knowledge dating back to the 1970s, more than 45,000 Americans alone exposed to asbestos presented mesothelioma symptoms that resulted in death. What’s more, asbestos and mesothelioma cancers result in approximately 90,000 deaths worldwide each year. Compounding the threat, people who breathe in airborne particles can develop asbestosis symptoms. This leads to a debilitating and incurable chronic lung condition.

More than 125 million people worldwide remain at risk of exposure in the workplace each year. That’s why it’s essential for industry leaders to understand asbestos, the threat it presents, and to make informed decisions about disposable personal protective clothing and equipment for workers.

It may come as something of a surprise, but asbestos is a naturally occurring element. Mining outfits pull this soft and flexible fibrous mineral from the earth. Civilizations dating back to ancient times marveled at the mineral’s properties and used it in small degrees.

It wasn’t until the 1870s that large mining operations ramped up in Europe, and asbestos was popularized for its resistance to heat and corrosion. Deemed a top insulator as well, asbestos was integrated into paper, cement, clothing, and other products. The same properties that made it a reliable manufacturing material also posed a deadly risk to workers and everyday people who inhale the small dust particles.

What You Need to Know About Types of Asbestos

The word “asbestos” tends to be a catch-all term for several minerals. When people talk about asbestos, they are referring to legal and industry-accepted terminology. According to the Asbestos Hazard Emergency Response Act, the following are considered asbestos minerals.

The U.S. Environmental Protection Agency (EPA) began regulating these types of asbestos in 1986. Although workers would expect the threat of exposure to be eliminated 35 years later, that has not been the case.

Although the global production of asbestos continues to slow, countries such as Russia, China, and Kazakhstan, continue mining and exporting operations. Approximately 2 million tons of asbestos are processed annually, and the U.S. imported an additional 300 tons in 2020. That figure marked a significant increase over the 172 tons in 2019, the lowest amount in more than five years, according to a U.S. Geological Survey Mineral Commodity Summary. Although the general public has been largely educated about the material, the critical threat of asbestosis and mesothelioma symptoms increases year-over-year.

The U.S. Bureau of Mines and the National Institute for Occupational Safety and Health (NIOSH) identified a variety of asbestos-like minerals that health and safety agencies have been slow to regulate. These reportedly include erionite, richterite, taconite, and winchite, among others. NIOSH indicates that these and other minerals possess fibers that may present a similar danger.

This typically develops in the layer of tissue surrounding internal organs. It tends to be extremely aggressive, and the term “Mesothelioma” generally refers to the potentially deadly form of cancer. 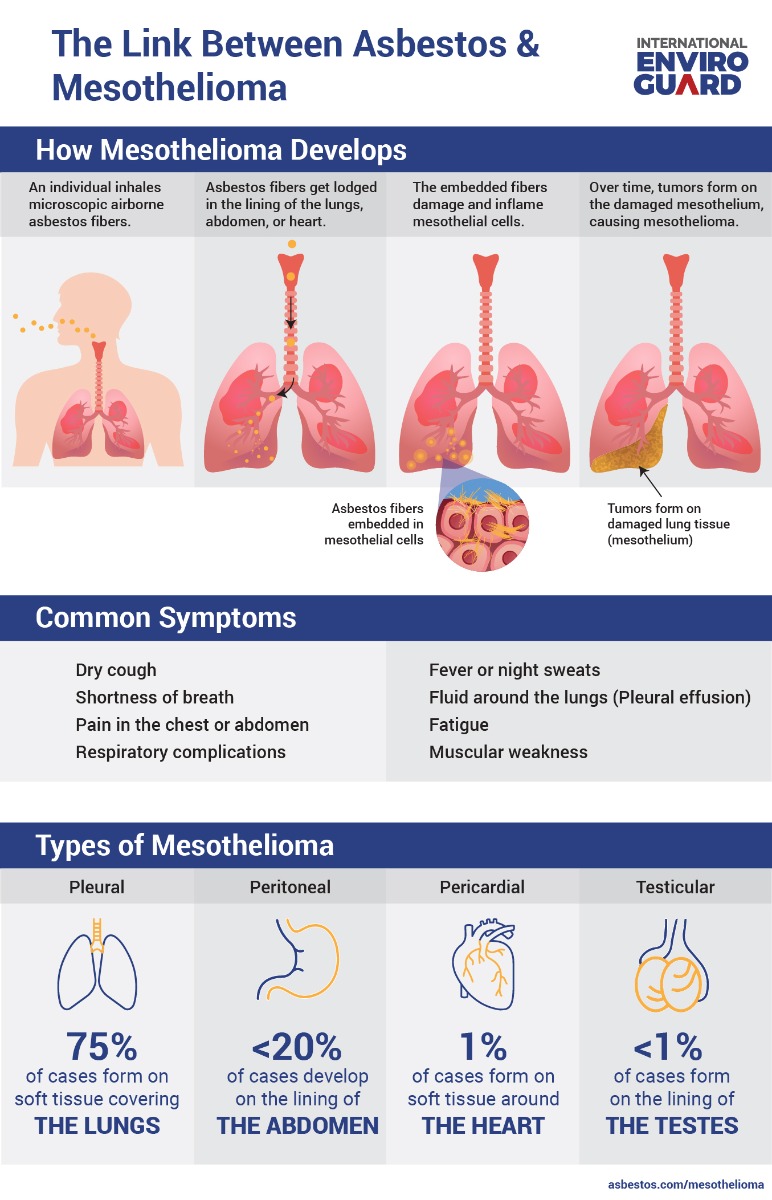 A scientist might explain that cancer starts at the cellular level. An agent, such as asbestos, may impact the DNA, and harmful mutations follow. Those cell changes grow at an unchecked rate and form tumors. Those tumors, in turn, spread and affect vital organs such as the lungs.

But commonsense dictates that workers and industry leaders look at the physical environment. Breathing in asbestos, having particles get caught in the eyes and ears, or inadvertently swallowing and/or inhaling dust remain the root cause of initial mesothelioma symptoms and the potentially deadly cancer that follows.

What are Common Mesothelioma Symptoms?

Workers who may have been exposed to asbestos would be wise to get an examination if they experience chest discomfort. Cancerous growths can sometimes go undiagnosed in people with cardiovascular disease. When the condition affects the testicles, males often experience swelling, or an unusual mass may develop.

Asbestosis is a debilitating lung condition often attributed to breathing in asbestos dust particles. The chronic condition involves scar tissue formation in the lungs that inhibit the free flow of oxygen and reduce the organ’s ability to function. According to the American Lung Association, scar tissue develops when the lungs fight to remove the dangerous particles, unlike the relationship between asbestos and mesothelioma.

The lungs become damaged, and the Asbestosis condition usually worsens with time. Some survive with Asbestosis in a state of diminished health and discomfort. Many eventually succumb to lung failure. Common Asbestosis symptoms include the following.

Although asbestosis causes diminished lung capacity and remains incurable, early detection can improve health and wellness outcomes. Workers who were exposed to asbestos may undergo ongoing treatment to slow the scarring process.

Workers at High-Risk of Asbestos Exposure

Industry leaders and workers would be wise to remain vigilant about the threat of asbestos exposure. Millions of tons of toxic material have been introduced to old buildings, and the fibers continue to be used despite potentially dire health effects. Upwards of 70 percent of asbestos-related conditions reportedly were linked to workplace exposure.

Asbestos materials are considered relatively odorless and tasteless. They often go airborne when materials that seal them in place are broken, or friction occurs. The dust particles can enter the lungs when breathed in or enter the body through the mouth, ears, or eyes. These rank among the occupations most commonly exposed to asbestos.

Other high-risk industries include oil and chemical refineries, power generation, shipbuilding, and railroad workers, among others. That’s why industry leaders and workers require a complete inventory of disposable personal protective clothing and equipment available at all times.

Which PPE Can Help Protect Against Asbestos Exposure?

The necessity of wearing personal protective equipment (PPE) when in the vicinity of asbestos cannot be understated. Along with wearing an industry-rated mask or respirator, protective clothing dramatically reduces the risk of skin contact.

Depending on the industry's rigors, lightweight protective clothing options such as International Enviroguard’s Body Filter 95+® with a bouffant cap could be a strong deterrent. These disposable products prove effective in manufacturing, chemical production, and other industries. In a setting that uses asbestos for heat insulation, products such as the fire-resistant PyroGuard® are applicable.

The key point is that workers require PPE that covers their skin, hair, eyes, and ears, as well as preventing airborne asbestos fibers from entering the lungs. No amount of asbestos is safe, and that’s why organizations need a complete PPE stock for workers. International Enviroguard produces disposable protective clothing that exceeds industry standards and protects workers from asbestos exposure.

Browse our wide variety of asbestos PPE or contact us to find what you need: 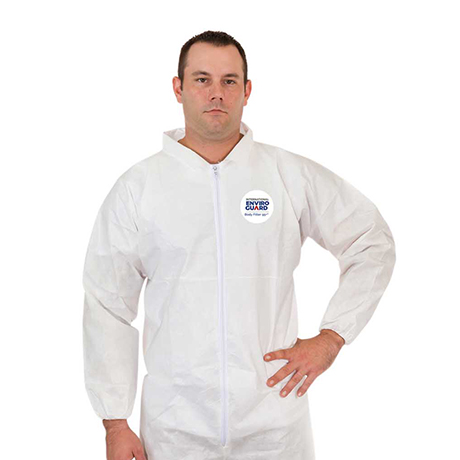 Enjoy the benefits of the first full-body protective filtration garment that protects workers against dangerous noxious particulates and heat buildup. 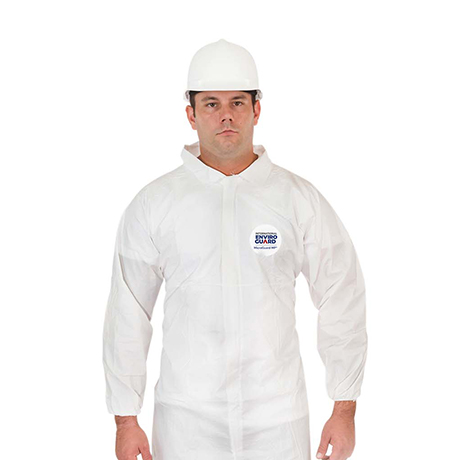 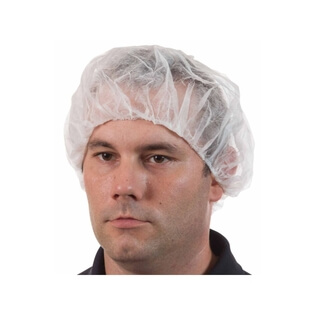 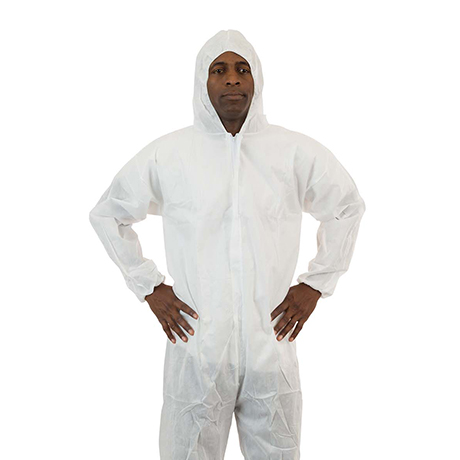 A breathable garment that provides an excellent particulate barrier, along with protection from light splashes and sprays. Good for general cleanup work and for guarding against dirt, dust and grime. 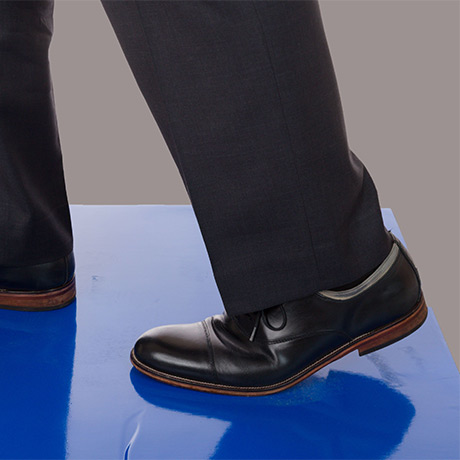