Pesticides are used in a variety of industries and markets to control pests. But these substances are highly toxic and potentially very dangerous — and not just to other animals, but to humans as well. It's important that the individuals who administer these substances are properly protected, which is why PPE for pest control is so beneficial. In this post, we're going to focus on a particular pesticide: rodenticide, or the substances used to eliminate the likes of rats and mice. Here's a closer look at what rodenticides are, what industries commonly use them, their potential health effects, and suggested PPE when administering them:

What is a Rodenticide?

Most commonly known as "rat poison" as the name implies, a rodenticide is a type of pesticide that's specific to controlling rodents. However, rodenticides extend beyond just rats and mice and are also used as pest control for squirrels, moles, voles, and gophers. They're intended to control rodents on properties where trapping is either not effective or not feasible. An example would be on a farm where rodents are damaging crops, consuming animal feed, or causing damage to the soil or grounds.

Rodenticides are usually administered in the form of baits, sprays, pellets, blocks, or powders, which attract the rodents that they're designed to eliminate. However, there's more than one type of rodenticide, and the various types of this pesticide are designed to eliminate rodents in different ways. For instance, anticoagulants prevent blood from clotting. Other types shut down the nervous system in subjects that consume it.

However, one hazard that is associated with rodenticides is that they're often consumed by more than just the rodents they're intended to attract and eliminate. Other animals, such as pet dogs or cats, may become exposed to sprays and powders. If not properly protected or administered, humans are also at risk of exposure to these sprays and powders which spread more easily. Birds, other mammals, and humans can be impacted if they consume or are exposed to rodenticides. Later in this piece, we'll examine protective clothing for pesticide application and more safety measures that you should be taking when applying rodenticides to ensure your safety.

The Four Categories of Pesticides

Industries that Use Rodenticide

According to Grand View Research, the global rodenticide market is valued at about $750 million, and is likely to increase with a greater emergence of rodent-related diseases, higher rodent populations, and an increasing need for adequate pest control solutions. Some of these potentially deadly rodent-related diseases include hantavirus, Lassa fever, and the plague. It's worth noting that pesticide PPE suppliers must have their products registered under the U.S. Environmental Protection Agency (EPA) before they're able to be sold to the public. EPA-approved rodenticides are commonly used in the following industries and applications:

A rodenticide can be harmful to any mammal that consumes it or comes into indirect contact with it. For humans, there's a real threat if the rodenticide being applied is either in powder or liquid form. Regardless of the type of exposure, rodenticides can cause irritation to the skin and to the eyes. If they're ingested or inhaled, the consequences can be worse — perhaps even deadly.

Keep in mind that consuming rodenticides is not the only way you may experience some of these health issues. Touching or inhaling such products can also present health hazards.

PPE for Pest Control and Rodenticides

When working with rodenticides that can have potentially debilitating health consequences, it's important to protect the hands, eyes, lungs, and skin. OSHA pesticide PPE includes the following: 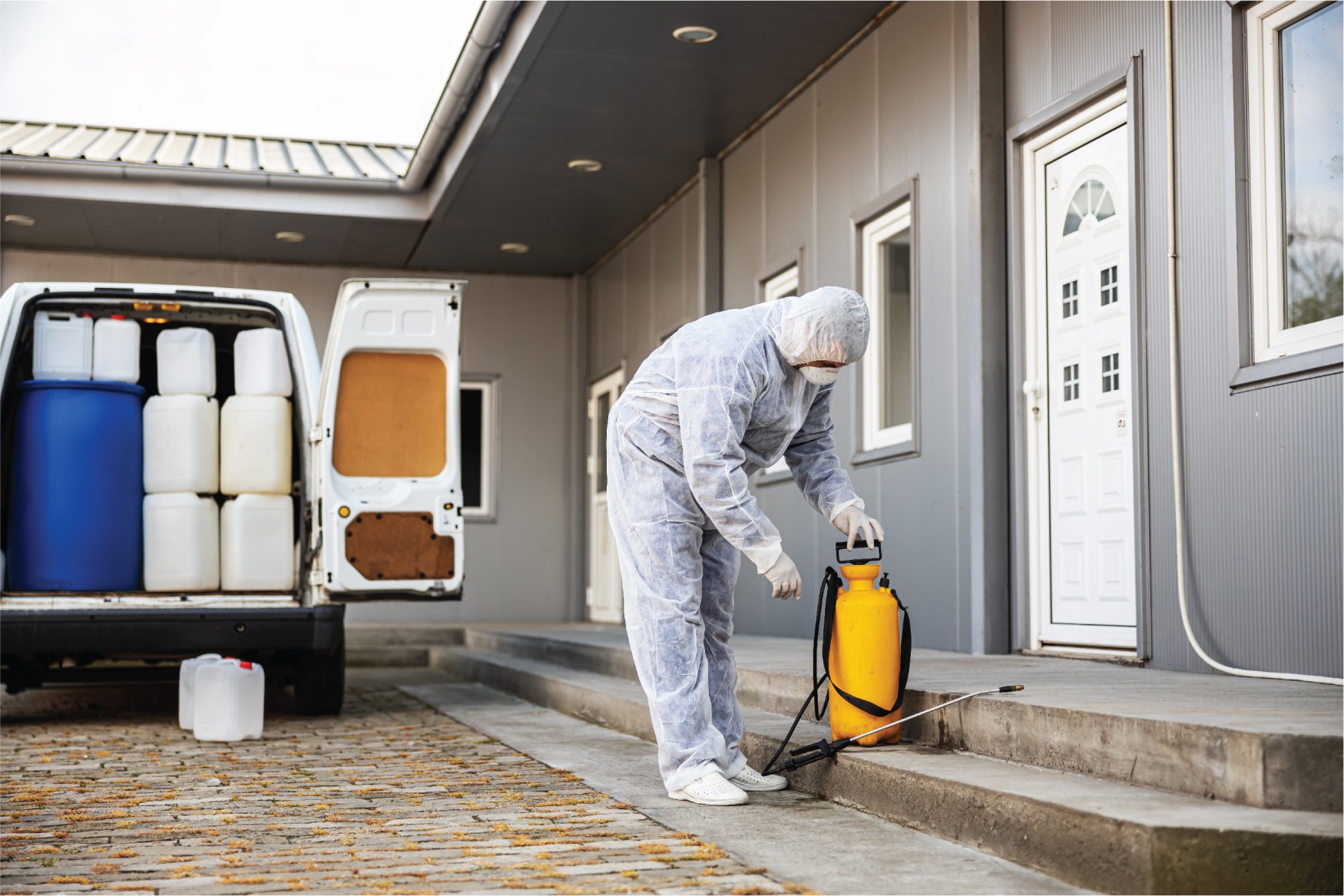 How to Mitigate Risk

Perhaps the most significant way to minimize risk and exposure is to ensure that you're protected when working with or around rodenticides. Consistently wearing appropriately fitting PPE helps minimize the risk of exposure and helps decrease long-term health effects. That said, there are other means of mitigating risk as well. Some tips include:

As you can see, rodenticides can be very dangerous if they're not handled or administered properly. This is why knowing the proper PPE for pest control is so important. By understanding the health risks and what needs to be done to properly mitigate hazards, you can ensure that you're applying rodenticides to only eliminate the pests that it is intended to.